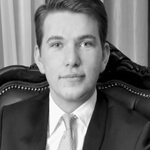 Alexander S. W. Jarvis is a Beijing based financier who in addition to advising Blackhawk Partners on matters dealing with the Chinese market and China cross-border investments is also Chairman of Blackbridge Cross Borders (BCB) leading and managing the team and its associates across Europe, Central Asia, East Asia, Western Asia and Sub-Saharan Africa.Alexander has developed over the years an extensive network of international political and diplomatic business associates who counsel and support him in the continuing expansion of the Firm’s client base and has built a brand second to none in terms of structuring, advising and facilitating arbitrages, Asian outbound investments, and foreign direct investments for Chinese ultra high net worth individuals and privately-owned conglomerates mainly in the agribusiness, financial services and real-estate\ sectors.Since 2008, Alexander S. W. Jarvis has sold two businesses and been involved in a multitude of projects across a diverse range of industries, most notably within the financial sector.Alexander actively promotes stronger Western and Sino economic integration and facilitates stronger cultural relations between the United Kingdom and the People’s Republic of China.He is also the China representative of Ogilchyn Capital Investment Bank Ltd (UA) and Geo-economic Strategist with WikistratAlexander graduated from the National Enterprise Academy with an Level 3 Enterprise and Entrepreneurship Diploma; the first entrepreneur academy in the UK