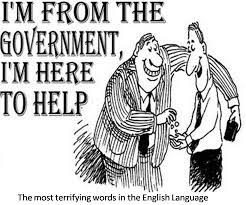 Open your eyes to the world around you and see things for what they really are. Your precious government is working overtime to keep you poor and stupid. Are you really satisfied with this?

Most of you are sheep, blindly following in line with the guise of mainstream media leading you straight to doom. But there are some of you who aren’t sheep. You realize the pure chaos that is building around you.

The Federal Government has intentionally produced shortages in order to mislead and polarize the public on meaningless issues.  Rather than having experts explain what’s really going on surrounding the economy and inflation, they’ve used self-serving platitudes and diatribes to distract you from the truth. Our government deliberately caused doubling of energy costs, food shortages, and general inflation.

If you think Biden is going to be your savior, THINK AGAIN. He has done nothing but lied and deceived you. He asserted that his “Inflation Bill” was a new concept passed through congress. In actuality, it was nothing more than his “Green New Deal” under a different moniker. His bill on “Infrastructure” was another bill that was misnamed. Actually, it was his “Payoff” bill and only about 5% of the $2.1 trillion was actually spent on “Infrastructure”. The other 95%? Where did that go? Straight to his democratic supporters and friends.  Thus, it is almost $1.995 trillion given away to his rich buddies while the bulk of the US population is struggling to stay afloat.

These are not coincidences. It is all planned and implemented to create a nation of people depending on the government for our daily survival. All is carefully hidden behind a constant barrage of disinformation aimed at disguising the Machiavellian false reality manufactured to create a culture of helplessness, hopelessness, ambivalence, and blind acceptance.

Basically, they’re feeding you bullshit and you’re swallowing with a smile. Go figure.

The quickest way to enslave a people is to cut off their ability to sustain themselves and many of you are falling right into this trap. Blind and clueless you are looking to the people who put the knife in your back to pull it out. Ask yourself, what sense does that make? It is time to wake up people and fend for yourself. The ball is in your court, it is up to you to make smart, thoughtful decisions for your own survival instead of awaiting the government to think for you.